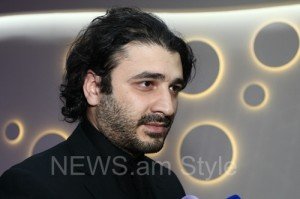 News.am writes that Russian Armenian film director Sarik Andreasyanwas in Armenia during the overt offensive launched by the adversary along the contact line of the Karabakh-Azerbaijani opposing troops. The famous director has shared his experiences on one of his accounts in social networks and has noted how much he has wanted to contribute to the defense of Artsakh, why he has failed and what he is planning to do now.

“I have just returned from Armenia. For four days I have seen and heard the anxiety of the Armenian in this warlike situation. Thousands of young men have become volunteers to defend the homeland, and their fathers have joined them to protect their sons. At that time you feel both pride and helplessness as you realize that the art cannot protect you from the bullets or confront the “Smerch” system.

I turn to my brother asking: “Have you thought to take part as a volunteer?” He replies: “Yes, let’s go”. But after thinking for a while he notes: “See, we haven’t taken anything heavier than the script of a full-length film. We will get killed easily.”

Now I am thinking of taking shooting lessons as this will repeat sooner or later, and the films cannot confront the enemy,” the director has posted on Instagram.