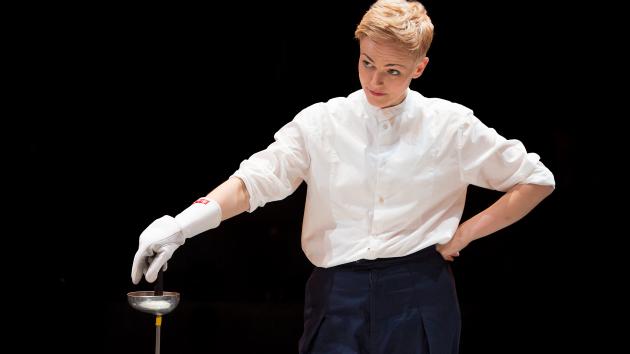 The screenings of the seven films of the 14th British Film Festival launched in Moscow cinema on 20 February were held in overcrowded halls. Each film was screened three times a day. Film translations were provided in subtitles that made it a little difficult to understand the films. But that fact didn’t prevent people from showing great interest towards the festival. Judging from the attitude and assessment of the audience the festival organizers have managed to implement their slogan: “Best of Britain”.

On the last day of the British Film Festival two film were screened in the Small Theatre of Yerevan: ”Queens of Syria” and “Maxine Peake Hamlet”.

Having the intention to touch upon the issues of Syria as the most heated war zone the organizers of the festival offered a move performance to the Armenian audience. Though this format is not common in Armenia, such version is known to us from TV Theatre. Let us recall the William Saroyan’s performance “My Heart’s in the Highlands” that was shot before and now is available on You tube. Unlike Vardan Achemyan’s performance the move performance “Queens of Syria” is also a documentary evidence. Syrian refugee women who have survived the war tell about their feelings and the sufferings they have experienced. They miss their homes and their relatives whom they have lost or have had to leave. The director is staging the stories of the Syrian women, but unlike theatre where the players are actors, in this case there are no actors: the women embody themselves and present the tragedy of an immigrant deprived of his homeland to the audience as eye witnesses. The authors of this movie performance have intended to stage the events taking place today. By combining the cinema and theatre they have taken these women not to the film shooting area but to the theatre to present the stories of their distorted destinies on the stage. 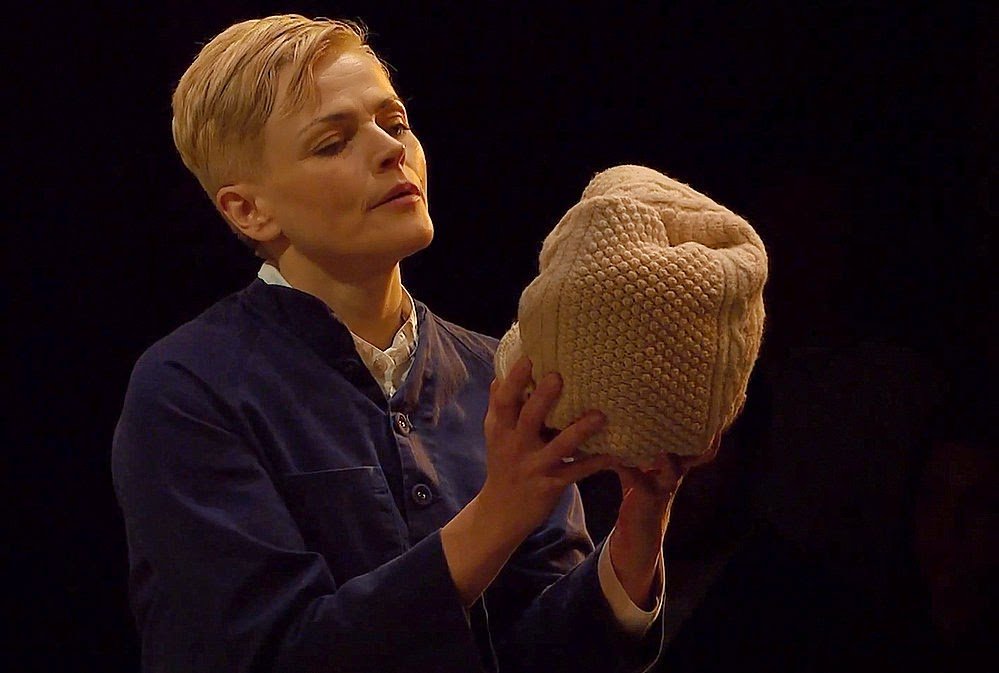 The British Film Festival has also turned to the 400th anniversary of Shakespeare’s death and the movie performance “Maxine Peake Hamlet” shown in Small Theatre marked that event. The modern performance of “Hamlet” was shown right in front of the spectators and not on the stage. Without decorations, painting, clothes and domestics of Shakespeare period the authors of the performance have presented the drama in an unusual interpretation and approach. The topic of Shakespeare’s play has been preserved: mean betrayal and crime which Hamlet is unaware of, but the visible and tangible ghost of his father reveals the secret to him and his soul seeks revenge. In a room-size square area decorated with a few chairs and lamps the paly heroes developed the story and brought it to its settlement. The cameras have managed to capture the emotions of the characters, the reflection of the inner world in the eyes and even their smile.

Both ”Queens of Syria” and “Maxine Peake Hamlet” are succeeded as a film and as a performance. Certainly, in this way it has become possible to take the theatre to different parts of the world just by using a piece of white poster.