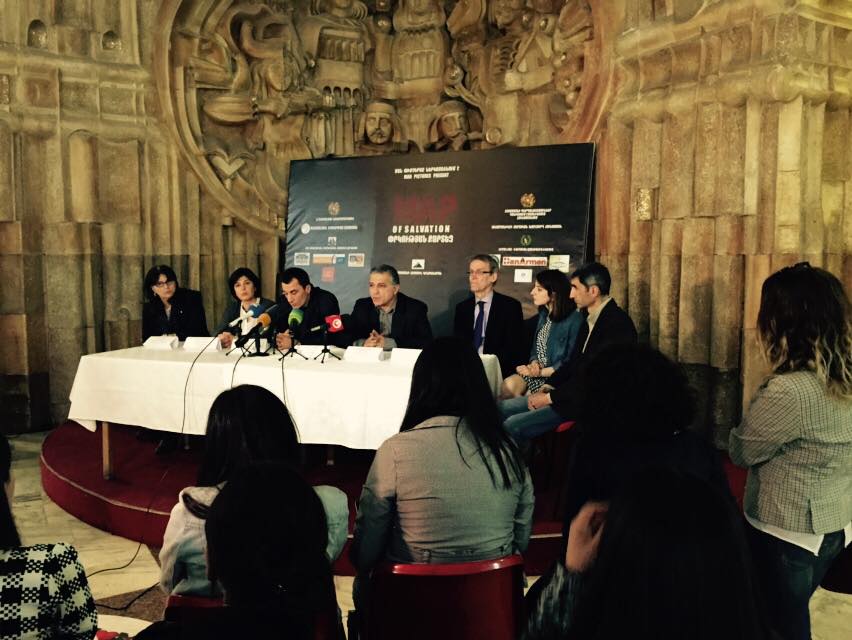 On 22 April the premiere of the new feature-length docudrama film “Map of Salvation” was held at Moscow Cinema.

The director of the film lasting 100 minutes is Aram Shahbazyan. The film is documentary and is based solely on actual facts. The heroes of the film are the humanists who were the witnesses to the disasters and distorted lives of the Armenian Genocide. Looking ahead toward the 100th anniversary of the Armenian Genocide, the film is dedicated to the memory of the great humanists as a payment of gratitude on behalf of the entire Armenian nation.

They are five humanist women from Europe: Karen Jeppe (Denmark) and the missionaries Maria Jacobsen (Denmark), Bodil Biørn (Norway), Alma Johansson (Sweden) and Anna Hedvig Büll (Estonia). These real witnesses to the Armenian Genocide founded shelters for Armenian children and women who barely escaped death. Their extremely dramatic encounter with a tormented people unknown to them was fatal for these great humanists.

The film is told by Finnish historian Svante Lundgren. Passing through the path of mission of the film’s heroes, he draws a new map: “The Map of Salvation.”

The film author and producer is Manvel Saribekyan, the director is Aram Shahbazyan, the screenwriter is Anna Sargsyan, the cinematographers are Arthur Gharayan, Vahe Hakobyan,

The original language of the film is English, but it is to be translated into Armenian, French, German, Russian and other languages. The film activities lasted over 12.5 months. “Map of Salvation” has been shot with the funding of the National Cinema Center of Armenia.