The film “1915” was introduced in Armenia 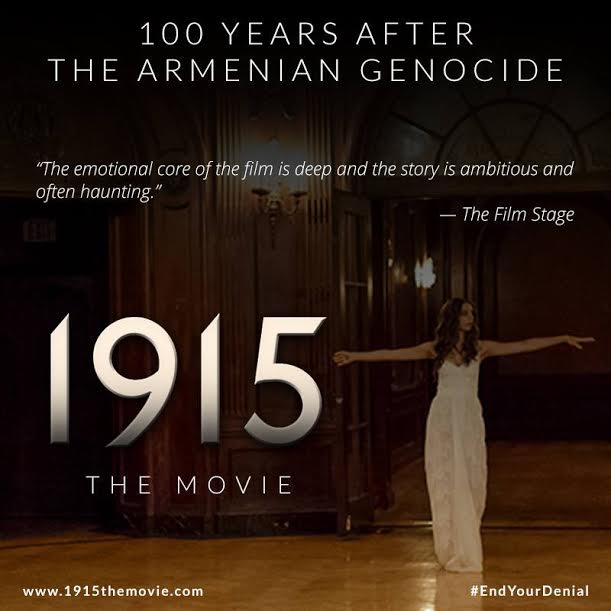 Exactly one century after the Armenian Genocide committed by Ottoman Turkey a mysterious director decides to stage a play in the theatre of Los Angeles in order to pay tribute to the genocide victims. As the topic of the performance is controversial the opponents of the idea surround the theater and organize protests against Simon, the primary character. 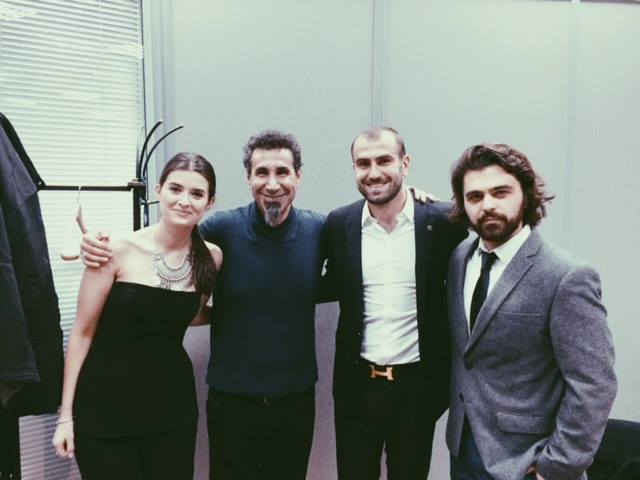 This is the beginning of the film “1915” commemorating the Centennial of the Armenian Genocide. Karin Hovhannisian and Alec Mouhibian’s new film was introduced to the audience with the film starring Simon Abgarian (Simon), Angela Sarafian (Angela) and Sam Page (James). The film director Karin Hovhannisian, the actress Angela Sarafian and the film composer, world famous rock singer Serj Tankian arrived in Armenia for the premiere of the movie held in Yerevan.

Before the film Karin Hovhannisian has noted that their movie has no historical message and they haven’t pursued the goal of giving a lesson to the audience. “We want to convey emotions to the film viewers. The past is not dead, the unrecognized ghosts are all around us. This film is about the psychology of the invisible consequences of the genocide. A few years ago I and my friend Alec Mouhibian started the film making process. We aim at honoring the past and victims and finding a new way to convey and deliver the sense of the tragedy of the genocide to the youth,” Hovhannisian said. 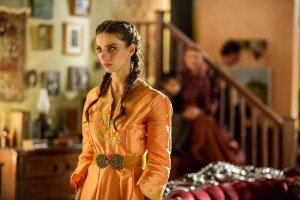 The director of “1915” added that people with exceptional talent had gathered in the film and it had already been screened in the USA and Russia. The film was released in Berlin and the Turks themselves accepted the film positively. She mentioned that the “enemy” of their film was the time, as they had shot the film in 20 days and had tried to fit a hundred years of history in 20 days.

“It was very important for us to shoot the film before the 100th anniversary of the Armenian Genocide,” Karin Hovhannisian noted.

The film composer Serj Tankian added that his work was difficult. “The idea of the film and my music are interconnected. We have tried to insert interesting elements in order to merge the Armenian traditional and the rock music. I have written the music but we have all been involved in the teamwork,” said Tankian.

“The film, as a debut work, is successful. Naturally there are a little gaps. I find it astonishing that the two directors who have no professional education, have got the ability to master the film language properly. The main task of the film was to present the issue of overcoming our own reality through the history,” the film critic Raffi Movsisyan expressed his opinion before the premiere. 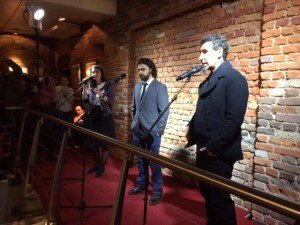 “This film is about memory. One century later in April 2015 millions of Armenians will remember the Armenian Genocide. The genocide that was the first tragic incident of modern history and the blueprint of the genocides that followed: the Holocaust, Rwanda, Cambodia, the Sudan. The film is about what happens when the past is ignored and what happens when it is confronted. As 100th anniversary of the Armenian Genocide is approaching the film “1915” calls upon each of us to stop the denial and face the ghosts of the past with courage,” this is the message of the film presented in 1915themovie.com, the official website of the film.

After its premiere in Armenia the film will also be shown in other countries.