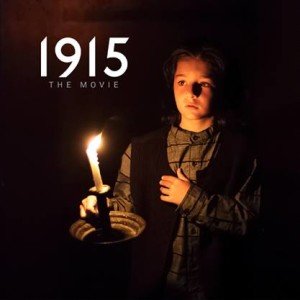 The film “1915” produced in The United States of America will be screened in Moscow cinema on 25 April. The directors and the scriptwriters of this psychological thriller are Karin Hovhannisian and Alec Mouhibian. The film that is currently in post-production stage presents the most horrible events of the history: the tragic pages of the Armenian Genocide. The film follows the controversial mission of one man who is trying to bring the unrecognized ghosts of the genocide back to life.

“This film is about memory. One century later in April 2015 millions of Armenians will remember the Armenian Genocide. The genocide that was the first tragic incident of modern history and the blueprint of the genocides that followed: the Holocaust, Rwanda, Cambodia and the Sudan. The film is about what happens when the past is ignored and what happens when it is confronted. As 100th anniversary of the Armenian Genocide is approaching the film “1915” calls upon each of us to stop the denial and face the ghosts of the past with courage,” the official website of the film 1915themovie.com notes.

The premiere of the film will be held at Los Angeles on 24 April. The film stars Simon Abgarian (Simon), Angela Sarafian (Angela) and Sam Page (James). The soundtrack of the film has been written by American Armenian rock singer, songwriter, and vocalist of the famous «System of a Down» alternative metal-rock band Serj Tankian.

During the interview with Asbarez.com website Serj Tankian has noted: “I think ‘1915’ is a really interesting, unique drama that deals with a unique topic that hasn’t been dealt with in films. For me the film deals with the Diasporan effect of trauma, of loss. Maybe it’s personal, but the message of loss, the pain of loss is very universal.”