Jivan Avetisyan: “Art is Politics and can make a Difference” 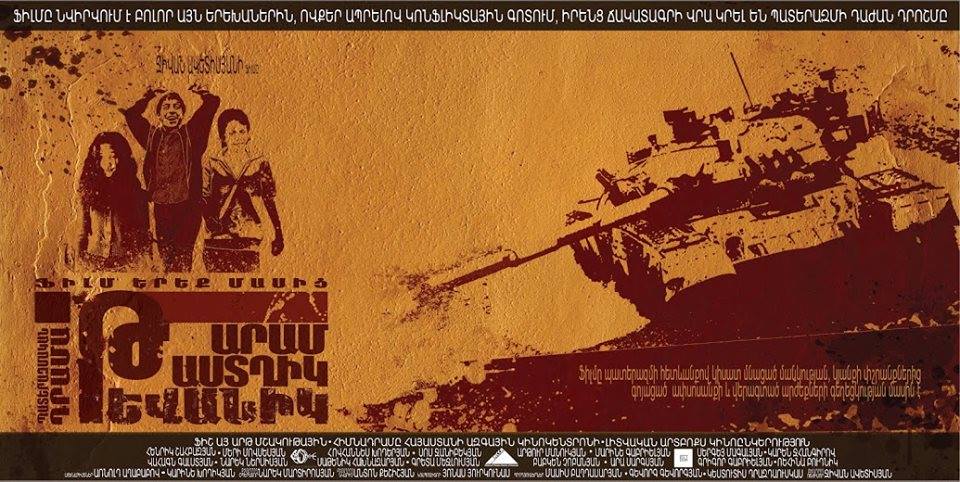 In 2014 the film “Tevanik” was awarded the Best Feature Prize in the Armenian Panorama Competition at the Golden Apricot Film Festival. “Kinoashkharh” has met the film director Jivan Avetisyan to get detailed information about the film and the way it has passed.

“The first international screening of the film was held at Cannes International Film Festival. After winning the grand prize of the Golden Apricot Film Festival the film began to be screened in a number of countries, namely in Lebanon, Cyprus, England, Belgium, Holland, Sweden, Lithuania, Russia and Iran. We have had 10 screenings till now. The film won the People’s Choice Award in China and the Best Script Award in Hollywood. At the beginning of the last year a number of Armenian and Georgian films were screened within the framework of Tbilisi International Film Festival and “Tevanik” concluded that project. So far “Tevanik” has been warmly accepted in different countries, and I am very happy for it.” 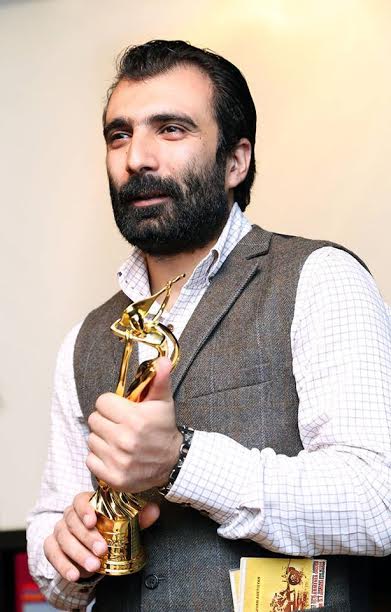 “It turs out that the film is perceived not only by the Armenian audience but also by foreigners.”

“Yes, “Tevanik” has been made for the Armenians of the diaspora and for the foreigners as well. It is perceived regardless of religion, nationality and political affiliation. Without being aware of the Karabakh war and knowing nothing about it the foreigners start loving and recognizing Artsakh through the film. This is already a great success.”

“What assessments do the foreigners give?”

“Very often they say that they understand the film without reading its subtitles in English, French and Russian, as the film is transparent and everything is communicated through the image. There is a situation: a war is underway. The mother has prepared a large amount of meal but the men of her home, her grandfather, husband and son, are on the battlefield. 14-year-old child is on the front line. The war destroys the family splitting apart the loving creatures. This is a drama.”

“In fact the film music is not Armenian. What is the reason for it?”

“It was the offer of the producer. The film is Armenian-Lithuanian co-production and the film composer is Lithuanian. Based on the drama, the shot material and my decision not to make only an Armenian film a Lithuanian film composer was suggested and I accepted it. The film already has an Armenian theme and it was to be conveyed to the foreign audience.”

“Has the film lived up to all expectations?”

“In fact you always imagine more than you get in the end. Anyway you receive what God has planned for you. Today we have Tevanik which, I really think, is a gift of God, a result of love, as the whole film making crew has given their love and devotion for “Tevanik” to succeed.”

“The film is based on Arnold Aghababov’s script. What changes has it undergone?”

“Aghababov’s scrip has been completed by playwright Karine Khodikyan whom I am thankful to. We have already created the second film together. We have removed the two characters from “Tevanik” making it a quarter story and have stayed true to Aghababov’s story and style. Of course I have offered my own solutions. When talking about Aghababov’s scrip I ought to mention cinematographer Levon Atoyan who trusted me the script of “Tevanik” written by Aghababov. I asked him to turn it into a full-length film and as a result we have what we have today.”

“According to the film critics the film has not succeeded in terms of the director’s work and its script. In addition to it they believe that the third novel could be a separate story having nothing to do with the rest.”

“Yes, each of the three stories could make a separate film, but the three stories can also make a more general and linked film. I accept each opinion and criticism trying to take only the positive from them. I have imagined “Tevanik” to be in this way right from the very beginning: one story through the depiction of three destinies.”

“The Karabakh dialect spoken by some of the actors has also been criticized. Sometimes they are hesitant to speak the dialect and it is not necessary to be a linguist to feel it.”

“The actors have done their best so that it all works out well. If the Karabakh audience has accepted the dialect of the actors I have nothing to add. They have learnt the language due to months of dedicated work. Of course there are some mistakes but let them be the only mistakes of my films.”

“Let’s talk about fundraising.  What financial and production problems have you faced when shooting the film?”

“It is difficult to raise funds in Armenia. There are budget gaps. You must work hard and we have done it. The National Cinema Center plays a big role in the implementation of the film project. It trusted me Aghababov’s scrip and provided financial support. Due to it we managed to find a third co-producer, namely the Lithuanian side. If the National Cinema Center supports you it is possible to go ahead even by taking small steps.”

“It is said that in general the art does not solve political issues. What do you think, have you made any difference in political and social life?”

“Art can make positive changes in politics. For example the film “Tevanik” has changed the opinions of dozens of people. Certainly I am not engaged in politics and I try to be impartial in my work but there is a lot of politics in art especially when the audience is touched when watching the film. People often ask me “I understand the people of Karabakh. How can we visit Karabakh?”, or they ask “What has happened to the people?” And I reply to them that they declared the third republic. “Oh, bravo,” they answer surprised.”

“That means that it is possible to make some changes through art?”

“I don’t want to say that I am doing a great work but I want to be part of that work. It is a tribute to the boys who live in our memory, to the children who don’t remember their fathers and to those mothers who miss their sons.”

“It is really touching. What are your plans for the future?”

“Tevanik” will continue to tour all over the world and to take part in different film festivals. We have already started our next film “The Last Inhabitant” and we are in the most difficult stage now. We have a very good film making crew and also professionals from abroad and we are trying to find funds. The film project of “The Last Inhabitant” will be presented to the film market of 67th Cannes Film Festival. Credits to all those who supported me to bring the film project of “Tevanik” to life.”

The interview by Yelena Chobanyan