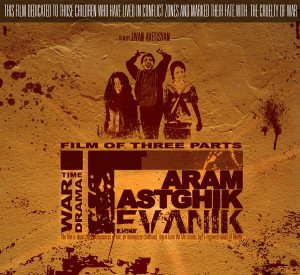 The film depicts the Artsakh war through the life stories of the three teenagers.

The film premiered in Moscow Cinema on 5 May. And soon not only “Tevanik” but also the director’s new film project “The Last Inhabitant” on the Artsakh war will be presented to 67th Cannes Film Market. In two years the director has shot two feature films, “Broken Childhood” and “Tevanik”, both of which touch upon the theme of the Karabakh war without repetitions. Jivan Avetisyan assures that there will be no repetitions in the third film as well. “The material of the Artsakh war is so rich that the repetitions are simply excluded. It gives an opportunity of reviewing the material comprehensively.”

Fires are shot, missiles and bombs are exploded but villagers still don’t perceive that the war has broken out. The village is busy in its everyday work confronting the war in that way, but the aspiration for peace is powerless. There is an order to retreat but no one is willing to obey it. It would mean to leave their homes, the history and the future to the enemy. And the war enters everyone’s home in a day. 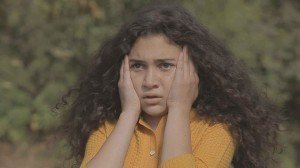 The village is not a village anymore, but a battlefield, and the village owners are not young or old but soldiers or deserters. Thus showing the one-day life of the village in 80 minutes and telling about love and peace the film crew of “Tevanik” depicts the war the time and the location of which are not particularly specified, rather they are hinted in on or two expressions, like “against the Soviet”, “a Turkish girl”, “Turkish bitch”. The destinies and the characters are also outlined leaving many issues (the adversary and the cause of the war) unresolved.

The pending matters of the film gives an opportunity to each viewer to find their own solutions by making own guesses. Thus a viewer becomes a participant in the film. The viewer of “Tevanik” can ascribe both time and location, cause and effect, the identity of the conflicting sides to the war, which is not bad in general but it directly disturbs the film as the film message is not completed. Although many scenes of the film are close to the historical facts and Monte Melkonyan’s character is recognisable among the film characters “Tevanik” can give rise to doubts both to the foreigners unaware of the Artsakh war and even to the Artsakh war participants.

The enemy appears in the film three times increasing and deepening the left pending issues with each of its appearance.

Firstly, the Azerbaijani man who has come to the contact line of the two conflicting villages to meet his younger grandson and his daughter married to an Armenian and to take them to her homeland, is wearing civilian clothes and is not armed unlike the Armenians, whereas his Armenian relative opposes to his son’s request to accept his elder grandson with unyielding determination and besides calling him “a Turk bitch” he evicts his own solder son from the house. But the latter manages to announce the following: “The land is full of the Turk sons but he only calls my son so”. 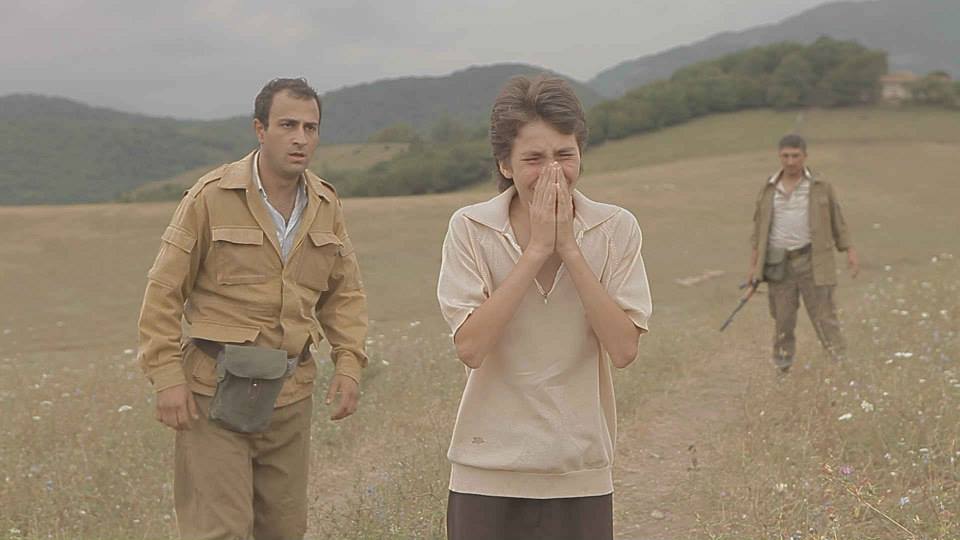 The official statistics does not prove the authenticity of his announcement. In Artsakh the number of the mixed marriages was not so great that the Armenian villages were full of children of half Turkish origin. And the belated regret of the Armenian old man cannot help this family which is forced to be separated into Armenian and Azerbaijani parts.

Secondly, the military car of the adversary heading to the Armenian side decides not to destroy the tilled fields. There is an impression that we have a very humane and educated enemy with whom the Armenians lived in peaceful cohabitation and had countless mixed marriages till the last day.

Thirdly, at the end of the film it turns out that the adversary does not have Caucasian origin and is a hired female killer who kills the young Armenian commander mastering military skills without thinking twice. Then a moment later she goes completely naked to enjoy the water and the nature with complete calmness. And Tevanik, who destroys two armoured vehicles in a day, faces the killer girl with the rifle in his hand having only one bullet. The only shot is fired in complete darkness. And although there is one shot and the teenager’s enemy is a woman the shot is not fired by Tevanik. The thing is the enemy is a professional killer for whom maternal instinct is not a priority. And the teenager having seen a nude woman for the first time needs some time to overcome his confusion. Thus it can be inferred that it is groundless and emotional approach to ascribe the shot to Tevanik.

And a number of questions are left unanswered, such as who is the adversary, and what are they fighting for? And why are the conflicting sides led by killers on one side and by a non-native Armenian commander on the other side? (The last fact can only be understood by Armenians. The film is in Artsakh dialect, the commander speaks Western Armenian and the letters received by his wife are in Eastern Armenian.) Is the war provoked by a third party? And who is the provoker?

These questions are left unanswered especially for the foreign audience. The latter who is mostly unaware of the Karabakh war and naturally needs some answers can complete the human destinies by making his own assumptions, as the war has the same expression everywhere with similar consequences: broken childhood, lost lives, losses and pain, an aspiration for love and peace increasing with each moment. All these things are shown in “Tevanik” in a colourful and gentle way. In spite of all its deficiencies and demands to make guesses the film is far away from the imaginary tricks and is worthy of the audience.

During the weekend a big film premiere was held in Armenia: Karin Hovannisian and Alec Mouhibian’s film “1915” was screened...

The Centennial of “Jamanak” continues