1915 in animation, documentary and featuring films 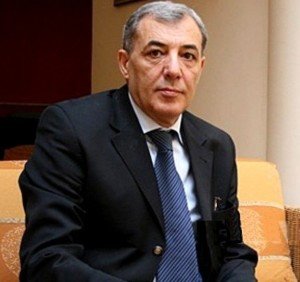 Being very particular about introduction of documentary, featuring and animation film projects, Gevorg Gevorgyan, the director of the National Cinema Center of Armenia, stated that all projects of different genres will depict the tragedy of 1915 from different viewpoints. A film by Vardan Hovhannisyan and Bars Media production “The Imprisoned Souls ” , “The Salvation Map” by Mann pictures, an animation “Homilies of Mush”, a full length featuring film by film directors Narine Mkrtchyan and Arsen Azatyan “The Valley”, a Szeck project “The Eternal Grieve over the Genocide” and a new film by Rober Gedikyan “A Reasonable Story” have got financial support and entered into production.

Gevorg Gevorgyan is cherishing a hope that the mentioned projects will not be of festival importance only; they are certain to play a significant role in the promotion of the international events organized due to the 100th sad anniversary of the Armenian Genocide. “As all these are co-productions, consequently, licensing and screening issues are considered settled. This also concerns a project by Czech TV ”An Eternal Grieve over the Genocide”/screenplay and direction by Martin Mahdal/. The shootings have already taken place in Lebanon, Germany, France and Sweden; at the moment the Czech shooting crew is working in Yerevan. All this ensures us to have a possibility of a full value distribution abroad. The same can be related to “Homilies of Mush”, a 15 minutes’ animation project by ArtStep studio, which is planned to be directed by Serge Avedikyan. As for the documentary project “The Salvation Map” by Mann pictures, the shootings will take place in several European countries, where many Armenian orphans, who escaped massacre, once found a shelter with the help of five European women missioners.”

“The Salvation Map” is directed by Aram Shakhbazyan. In the 21st century the film makers will follow step by step the way which five women missioners made a century ago. Their missionary story is related by a prominent Danish historian Matthias Bjornlund. The names of the main heroines of the film have already been engraved on the wall in Tzitzernakaberd along with the names of the most outstanding humanists – Maria Jakobsen, Karen Effe, Bodil Bjorn, Alma Johanson and Hedvig Byul. These brave women not only witnessed the tragedy of the Armenian nation but also dared tell the Europeans about the crimes committed by the Turks.

Many of them treated the tragedy as their own and, adopting Armenian orphans, passed the genocide memory to their generation. Jussie Bjorn is one of those, who keep the legacy. He is in Armenia at the moment and included in the list of the consultants on the film.

Jussie Bodil Bjorn is a grandson of the famous missioner. His father was one of those Armenian orphans who were adopted by compassionate missioners. Jussie already made a film dedicated to the memory of his grandmother- “Mayrik”, where he used materials from his grandmother’s archive and diaries. Now he is assisting the Armenian filmmakers consulting them upon the subject as he feels personal responsibility towards the issue. “This film is also a story of my grandmother and I wish I could contribute to it, especially, taking into account the fact that such stories encourage people to keep vigil. When you follow the fates of those daring women, who left their comfortable lives and homes and went to Turkey to help miserable Armenians, you realize they felt it was vital for them. ”

Gevorg Gevorgyan has also marked out a new international project by a Russian studio «Comer  work», which is an almanac of feminine fates during the WW1. The Russian, Serbian, German and French film makers are involved in the project. The 15 minutes’ animation “The Homilies of Mush” is one of the stories which make the almanac.

Gevorg Gevorgyan expects that in April 2015 the mentioned films will be ready for screening. “We already consider over both festival and international screenings of those films. We will do our best to get them accepted by renowned festivals with an endeavor to provide and ensure extensive publicity.”